Instantly connecting consumers with any nearby service professionals

Team
The technology's there - so why's everyone still waiting around? 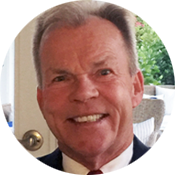 Mr.Rolv E. Heggenhougen is the Founder of Next Minute, Inc.. He served as the Chairman and Founder of WRAPmail Inc. (went public in 2011, symbol: WRAP), from October 2005 to November 2016). Mr. Heggenhougen is a 20-year veteran of the information technology industry in Europe, Australia, China and North America and has demonstrated his entrepreneurial experience by founding and building companies in Norway, Sweden, Denmark, Latvia, Germany, Switzerland, Australia, China, UK and the U.S. Mr. Heggenhougen founded McKenzie Webster Limited and has been its Chairman and sole owner since 1991. Mr. Heggenhougen served as Chairman of iGroup ASA, a company he founded and took public on the Oslo Exchange. Mr. Heggenhougen served as the Chairman of UltraChina, a B2B Portal encouraging business between China and the U.S.and Givecash.com, both companies he founded. He has one patent issued and one pending with the U.S. Patent Office, issued is for the technology behind WRAPmail and pending is for the technology behind Nextminuteapp. Mr. Heggenhougen is also fluent in Norwegian, Danish, and Swedish and has a working knowledge of German. Since 1994, he has also served as the Chairman of eTechnologyCorp, Inc., a Woodbridge, CT company, which he founded. In 1989. He founded the ETC Group of Companies, which later became iGroup ASA (went public in 2000 on the OSX, symbol: IGR), with operations in Norway, Sweden, Denmark, Latvia, Germany, Switzerland, Australia and the US. Under his management he grew the companies to $18 million in revenues in the first year and thereafter expanded the group internationally reaching $40 million in revenues after 3 years. He has financed several start-up companies including MightyMail, which was successfully sold to NBC for $25,000,000 in 1999, and Medix Resources (AMEX: MXR). He is also a Director at Air Marshall, Inc. (aerospace). He is a graduate of the University of Miami School of Business. 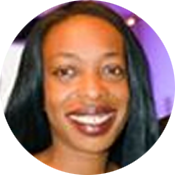 Carla has worked as a journalist for 8 years, specializing in digital media and advertising technology. Her articles have appeared in leading publications such as Digiday, The Economist's Marketing Unbound, The Huffington Post, Village Voice Media Newspapers, The Wall Street Journal's New Voices, The Makegood, and Triple Pundit, among others. Excerpts of her work have been published in The Routledge Handbook of Magazine Research: The Future of the Magazine Form and Targeted: How Technology is Revolutionizing Advertising. Carla has served as a copywriter and content strategist for a variety of technology startups and creative agencies for the past 6 years. She studied international relations at New York University and law and political economy at The University of Oxford, St. Catherine’s College as a visiting student. 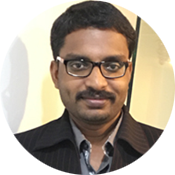 As the CTO, Responsible for overseeing all technical aspects of the company. Works with the executive management to grow the company through the use of technological resources. Using an active and practical approach working to attain the company’s strategic goals and success. Began career with quality assurance and process implementations, He worked his way on to become one of the successful product managers by holding key roles and responsibilities and was instrumental in developing innovative products across domains. At Next Minute, INC his role is to envision products that transform communities and empower people in ways impossible to predict a few years ago. Our goal is to innovate and create digital experiences from a wider angle inspiring people around us. He holds the Masters Degree in Computer Applications and travel places to explore demands.